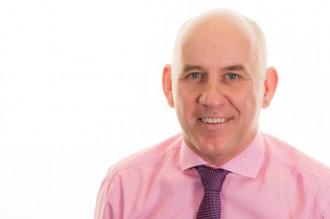 Shocking statistics reveal that 90 Lancaster businesses will feel the hit of new legislation for contractor workers.

The IR35 reforms will have a huge impact on public sector companies and contractors from April this year, and research by the Freelancer and Contractor Services Association (FCSA) has revealed the full extent of the new legislation.

Julia Kermode, chief executive of FCSA, said: “There will be in the region of 90 public sector organisations impacted by the changes in Lancaster, as all use contingent workers to varying degrees. These statistics include 65 schools/nurseries, 18 GP surgeries, one fire station and one police station, one further education college and one prison – as well as Lancaster City Council and Lancaster University.

“As the trade association for professional employment services, FCSA works to support the sector and the flexible workforce. The new IR35 legislation will bring significant changes to the public sector organisations in Lancaster, and the contractors they engage. The risk is that contractors may choose to no longer work with public sector firms – so it is imperative that these companies are looking towards putting compliant solutions in place from April and are fully prepared for the changes.”

On a wider level, approximately 900 businesses across Lancashire are expected to be affected by the legislation. The managing director of Lancaster-based accountancy firm ICS, John Lyon, has commented on the economic impact this will have locally.

John said: “The fact that almost 100 businesses across Lancaster will be affected is something that can’t be ignored. The impact of this new legislation will be huge, and it is vital that public sector firms are informed of the changes and are aware of the options available to them to ensure they are compliant with the new rules regarding IR35.

An online tool which will help companies make a decision about IR35 status is currently in testing stages and is set to go live in March. However, it is likely that decision makers will proceed with caution to avoid the possibility of making the wrong call and being responsible for paying any shortfall in tax.

John added: “Businesses may see an increase in costs, as rates to contractors may see upward pressure due to these changes. But not only that, it will be difficult to attract the best resources, as returns will potentially be seen as lower in the public sector post-April.

“There also may be a shortage of resources as contractors choose not to work in the public sector, which will potentially have a huge snowball effect on the companies that currently engage contractor workers. There are of course rumours that this will begin with the public sector, before being rolled out to the private sector – therefore affecting even more businesses in Lancaster.”

Established in 2002, ICS provides accountancy, administration and payroll services to contractors, freelancers and small businesses across the UK. Based in Lancaster, the firm currently employs 40 local people.