Andy Serkis Praises The Dukes On Its 45th Anniversary 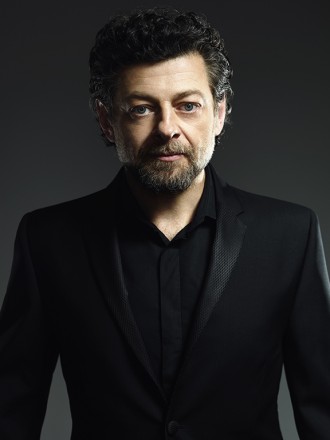 Andy, who has had an awardwinning and pioneering career as an actor on stage, in television and film, is now an Honorary Patron of The Dukes where it all began.

In an interview released to coincide with The Dukes 45th anniversary on November 18, Andy remembers his early days at Lancashire’s only professional building-based producing theatre.

While studying theatre design and movement at Lancaster University, Andy worked with The Dukes designers, helped paint sets and eventually appeared in a student production there.
When leaving university, he applied for a job at The Dukes.

“At that time, regional theatres were giving away two Equity cards a year and I was fortunate to be offered a place in the company,” said Andy.

“My first professional night at The Dukes in Privates on Parade was on the same day that I graduated from university!”

During his time at The Dukes, Andy appeared in 14 plays and one of his favourite roles was Lysander in A Midsummer Night’s Dream, the very first Williamson Park show.

“Williamson Park is the most extraordinary wonderland for putting on a piece of theatre. I learnt a lot about acting for film actually in that experience – relating with a real environment rather than being behind a fourth wall on a stage.”

Andy was also inspired by Jonathan Petherbridge, The Dukes Artistic Director at that time.

“He treated theatre very much as a service to the community and the way he directed plays and operated the company meant that we were very connected to Lancaster and its people.

He instilled in me a way of thinking about acting which was about as far away from it being a vain occupation as is possible, in that drama has significant possibilities for change in society, however small.

This was a powerful force in my attitude to what acting can possibly do, and remains so to this day.”

Andy cites his time at The Dukes as truly inspiring and a highlight of his career.

He last visited the theatre about seven years ago with his children. “It was extraordinary – we walked onto the stage. It was a very emotional experience, especially being there with my kids."