Beyond Radio receives The Queen’s Award for Voluntary Service 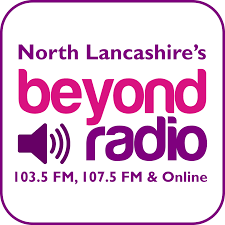 North Lancashire’s Beyond Radio, a group of volunteers based in Lancaster, has been honoured with The Queen’s Award for Voluntary Service, the highest award a voluntary group can receive in the UK.

Beyond Radio is a community radio station, broadcasting on FM, and is the only local radio station covering Lancaster, Morecambe and Carnforth.

Launching full time in 2016, the station has grown to become a much-respected community resource, providing a platform that celebrates and promotes the area's broad, diverse cultural mix.

Local community groups and charities regularly feature on-air to ensure a louder voice in the local community and to provide listers with information that is relevant to them and their needs.

Representatives of Beyond Radio will receive the award crystal and certificate from The Rt Hon the Lord Shuttleworth, Lord-Lieutenant of Lancashire later this summer.

Two volunteers from Beyond Radio will also attend a garden party at Buckingham Palace in May 2022 (depending on restrictions at the time) along with other recipients of this year’s award.

Steve Normyle, managing director of Beyond Radio, said: “We are honoured to have been awarded what we consider to be the pinnacle of recognition for the hard work of our incredible team.

“Giving local people a service that keeps them informed, entertained and engaged on the things that matter most to them, is at the heart of everything that we do.

"Our team of volunteers are the beating heart of what it means to be a community radio station, and today’s recognition is truly wonderful.

“In a year like no other, the role of all volunteers has never felt so critical. Without the dedication of volunteers across this country, in roles of shapes and sizes, we simply would not be able to live the lives that we do. Volunteers are the backbone of our nation and we are proud to play our tiny part.”

Beyond Radio is one of 241 charities, social enterprises and voluntary groups to receive the prestigious award this year.

The number of nominations remains high year on year, showing that the voluntary sector is thriving and full of innovative ideas to make life better for those around them.

The Queen’s Award for Voluntary Service aims to recognise outstanding work by volunteer groups to benefit their local communities. It was created in 2002 to celebrate The Queen’s Golden Jubilee. Recipients are announced each year on June 2, the anniversary of The Queen’s Coronation.

Award winners this year are wonderfully diverse. They include volunteer groups from across the UK, including an inclusive tennis club in Lincolnshire; a children’s bereavement charity in London; a support group for those living with dementia and their carers in North Yorkshire; a volunteer minibus service in Cumbria; a group supporting young people in Belfast and a mountain rescue team in Powys.