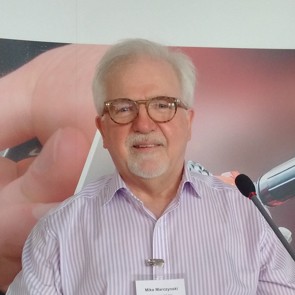 Well here we are again re Brexit, this time round with a new Prime Minister, and hopefully a Cabinet and a Parliament that supports him, in getting us out of Europe, in accordance with the referendum. If this can be done with a good deal of some sort, then that has to be better for business that leaving with no deal at the end of October. The sticking point always has been  the border between Northern Ireland and Eire, which will be the effective EC border between a non-member of the EU, ie the UK after 31st October, and the Republic of Ireland. All the politicians on both sides of the House, and of course, those in the EU, are all, we assume, thinking hard and wide on the solution to this border issue. Certainly nobody wants to see the return of the hard border and no-one wants to risk any inflaming of historical events, pre the Good Friday Agreement.

What I can’t work out is how, on a recent trip to Italy and the beautiful northern lakes area, how the border between Italy and Switzerland, a non-EU member, works? We travelled from Italy, and crossed twice into Switzerland and out again back into Italy, without any sort of restriction whatsoever! Cars, trucks, vans, buses, all travelled freely across basically an invisible border. Presumably there are some sort of cameras and videos operating and logging the vehicles, but we were not delayed for 1 second in transiting back and forth across this border. The question has to be, how can they have an invisible paperless border there and not here?

Hopefully some sort of sanity and the greater good of stable commerce, will prevail in the coming months. Something like half of what my www.checkpoint-safety.com company  sells, goes into Europe. The planning we’re currently working to, and which we worked to pre-March of this year, is to manufacture half of our products in Europe, for Europe, to ensure tariff-free sales. The net effect is inevitably and pretty obviously, that we’ll reduce our manufacturing in the UK as a consequence. What use is this to the UK economy? Clearly it will have a negative effect, however my concern is the survival and sales development of my own business in the best way possible, to go forward into the post-Brexit era with some sort of confidence.

As a lifelong businessman, you won’t be surprised that, on balance, and for purely commercial reasons, I voted to remain.