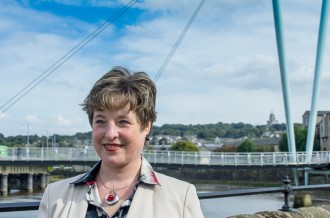 On 31st August I went along to The Platform in Morecambe with a group of friends. The venue was absolutely packed. The event was simply called “Morecambe on film” and consisted of 9 short documentary films going back to the beginning of the 20th century.

You could hear and see the reaction of the audience to old pictures of the Winter Gardens, the piers, Heysham Head, and the promenade with the beach, to name but a few of the instantly recognisable locations. The audience – a mix of people coming from the area but also as far away as Italy – were engaged, animatedly talking about the places then and now, and most tellingly getting emotionally involved in the short films.

I first moved from Germany to the area in 1998. I remember thinking that Morecambe must have seen better days, and when talking to locals I sensed that the town was not enjoying the best possible reputation. Over the past two decades I genuinely believe that things have changed a great deal. For the better.

We now appreciate that Morecambe has had its heyday as a popular seaside resort for the people of Lancashire and Yorkshire (and beyond), and the images of people thronging the promenade, the beaches and the resort’s attractions as shown in the films belong firmly to the past. But pride in the old resort and a growing pride in today’s Morecambe could be felt all around the packed Platform.

Our Chamber is already building on the energies contained in that pride in, and identification with the place to attract new tourists and visitors to the resort from much further afield than Yorkshire and Lancashire.

The past provides a source of identity but how can we best nourish that nostalgia for the present and the future?