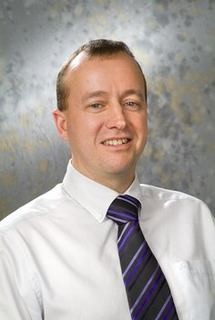 Not many places open their doors and welcome the public inside to see what happens behind the scenes, but here at the power stations that’s exactly what we do.

The sites’ Visitor Centre has been a fantastic success since it was reopened in 2013 and as we approach the centre’s fourth anniversary we are also near to welcoming our 25,000th visitor – many of whom will have been on a tour of the power stations.

When we opened the centre’s doors four years ago, we did not know whether there would be an appetite to find out more about the work that we do here at Heysham power stations. Yet we have been bowled over by the interest, with many groups now returning regularly.

The Visitor Centre’s key role is to support the stations’ efforts to encourage young people to pursue their studies in science, technology, engineering and maths.

We hope that by using the interactive exhibits and having the chance to visit the site and see both stations’ complex designs, more pupils will become the scientists and engineers of the future.

As a company, EDF Energy, who own and operate the stations, want to encourage more young women and girls to join us and indeed consider a career in the wider science and engineering industry.

This is why the company, supported by the stations, have a dedicated programme under the banner of ‘Pretty Curious’. This is aprogramme which we hope will also be inspirational to young women. We know from our national picture, they are less likely to go into a science or engineering job than their male counterparts.

The Visitor Centre also works with youngsters on environmental issues, and has been running a series of events partnering with the neighbouring nature reserve team.

Teams from the centre also go into schools to support their science curriculum and into colleges and secondary schools to promote our apprentice and graduate recruitment schemes.

From these visits we often get bookings from groups wanting to see what happens beyond the stations’ gates. On the tour they get to see the turbine hall, the control room and also the reactors.

By opening our doors here at Heysham power stations, we hope that visitors gain a better understanding of how we make low carbon electricity for around four million homes.

And for those from schools, colleges and universities that they can see that there are variety of careers open to them here and with EDF Energy in general.