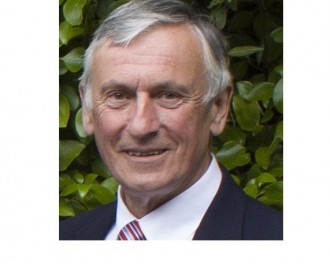 I recently attended the annual ‘Developers Forum’ staged by the City Council Planning Department. The event is a vehicle for informing local and national housing developers together with construction professionals of progress with the Housing Allocations Plan an essential part of the Local Plan for the District. The process began way back in 2012 and through the machinations of evidence based research and public consultation is now moving forward to becoming a document to be presented
to Planning Committee later this year.

The search for large scale development sites has been refined to four locations, land accessed off Caton Road around Lansil Golf Course 900 homes, land between Halton Road and The Bay Gateway 700 homes, land south of Winderemere Road, Carnforth
700 homes and land at Bailrigg west of the University 3,500 homes.

These four sites make up half of the identified need of 12,000 homes within the Local Plan period up to 2031, the remainder are made up of extant approvals, windfall sites, opportunity sites and Neighbourhood Plan sites within the outlying villages.

Figures for housing completions show a low of 79 in 2010/11 in comparison to 628 for 2016/17 whilst the target figure to meet the 5 year plan would need to achieve 695 year on year, clearly still some way to go to achieve this.

The Government announcement of the designation of Garden Village status for the Bailrigg site will provide an exciting opportunity to create a different residential environment with an emphasis on open space and sustainability in its many guises. Connectivity with the City, University and the M6 will be at the forefront in establishing the infrastructure necessary for the development and key stakeholders are already rising to the challenge.

In advance of a Masterplan feasibility studies have already been undertaken starting with a re-configuration of M6 junction 33 this would have a knock-on effect of reducing pollution caused by the volume of traffic currently passing through Galgate village.

Chamber were instrumental in lobbying for The Bay Gateway which in twelve months has demonstrated the advantage that good infrastructure can have on the immediate area. Chamber will be there again in promoting the Garden Village vision.