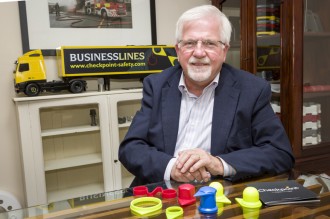 At the end of March, we were to exit the European Community, hopefully all firing on all cylinders, and thrusting forward as a nation, with a distinct swagger of independence, and an unsurpassed  confidence in going forward from this new beginning.

What actually happened then, apart from more or less nothing? We as a business with around 40% of our products going to the EC, did as many other businesses have done, and over the last several months, made strategic plans and partnerships that would, as a minimum, take us beyond the end of March, and into this new era with some confidence, at least for the several potentially chaotic months that would have undoubtedly followed from leaving the EC, before things hopefully stabilised .

It’s all right making plans, and of course, all of the various contingencies that have been put into place have cost businesses money, so the question changes to “what happens now?”

Frankly, I think most businesses that have substantial exports to the EC have, like us, made assorted plans, but plans are all very well if you know the direction in which you are going. The problem is, no businesses, know the direction of travel with any certainty, in fact, the complete opposite is the case.

600 and odd MPs in London simply have 600 and odd views, most of them being the polar opposite of the guys sitting next to them, and across the benches in the Houses of Parliament.

What happens in the future is anybody’s guess. But guessing by its very nature, is an inexact science, but is hardly confidence inspiring.