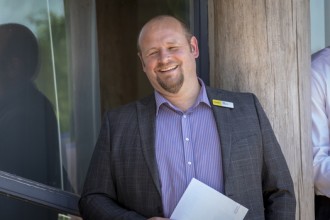 Apprenticeships are not a new phenomenon; in fact they can be traced back to the Middle Ages through the Medieval Guilds where a young person would progress from an apprentice, to journeyman, to master over many years.

Although strong in the 1960s, when some 260,000 young people per year studied an apprenticeship, numbers had fallen to just over 50,000 by 1990. However, since 1997, the numbers of apprentices have risen following a renewed drive and investment by subsequent governments; this resulted in 491,300 people starting an apprenticeship in 2016/17.

Government changes in the past 18 months, including the introduction of the Apprenticeship Levy for larger employers, have caused some confusion with employers, which has impacted the number of apprenticeship starts across the country in general. However, that has not been seen to such an extent in Lancaster and Morecambe in our experience.

Given the current employment challenges in the region and the uncertainty over Brexit in 2019, employers from across our region, small, medium and large, are increasingly recognising apprenticeships as a key part of the solution in tackling skills shortages and filling hard to recruit roles. Employers recognise that apprenticeship programmes not only bring benefits to the individual, but also to their business, particularly given the new Apprenticeship Progression Routes from Level 2 (GCSE equivalent) right through to Degree Apprenticeships in many sectors.

Apprenticeships and technical education are proving to be an increasingly popular choice for young people and their families, as well as for adult learners. Fears around student debt and the attraction of building a paid career whilst studying make apprenticeships a progressively more eye-catching proposal for adults and young people of all abilities across a broad range of employment sectors.

Whilst I wouldn’t advocate a return to most practises from the Middle Ages, apprenticeships have stood the test of time and will be a crucial to the local, regional and national economy in the future.