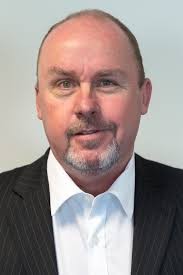 What a hectic couple of days it was at the end of last week for Lancaster & District Chamber of Commerce. On Thursday we hosted a Business Round table at Seatruck in Heysham for constituent businesses of David Morris, MP for Morecambe and Lunesdale. Also in attendance was Susan Parsonage, incoming Chief Executive of Lancaster City Council. The meeting was very constructive and the attendees left the event with very positive feelings about the future of the region.

That evening we hosted an event for well over 100 people to celebrate our relaunch as Lancaster & District Chamber of Commerce, North Lancashire. We felt that the old name was no longer representative of our coverage of the whole district. The name and the branding has changed, along with a new website. The event was to introduce Susan Parsonage to the wider business and civic community and Edwin Booth, chairman of Booths and the Lancashire Enterprise Partnership, was the guest speaker. Along with our recently introduced Ambassador scheme, of which we expect to have more than 10 signed up soon, we firmly believe we are on the right track.

On Friday, to cap off a great couple of days, we heard that the Morecambe BID had been voted in with an overwhelming mandate. The ‘Yes” vote was over 81% and the vote on rateable value was over 83% in favour. It has been a tough 18 months for the BID committee but the result has been worth it. Now the hard work really does begin. If anyone still has doubts they only need to look at the changes that Lancaster BID has brought about during their time in operation.

With the establishment of a new Morecambe BID committee and company a priority it is imperative that BID hits the ground running when it becomes an official entity in October.