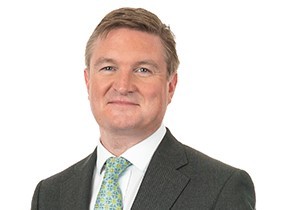 Lancaster really is an attractive city, nestled between green hills rising up from the River Lune, with our historic castle centre stage and the Lakes’ fells in the distance. It ought to be a destination of choice for employers seeking to relocate and expand businesses, but it’s not.

I’m a Lancashire lad but I’ve been away for the past twenty years building my company in London. I have fond childhood memories of Lancaster in the 70s, but I’ve been underwhelmed with the commercial vibrancy in the city since I returned just over a year ago, following the acquisition of Citybase Apartments to our group of companies.

The two universities and the NHS are clearly valuable and important local employers, but, after that, where are the large and medium-sized private sector commercial enterprises in the city? They’re hiding away in corners, wherever those business owners can find sufficient space that they can turn into offices. I see a city centre overrun with small average-quality retail units and a huge number of student digs.

There isn’t one single stand-alone, decent-sized, Grade A commercial office space building in the city centre that’s within walking distance of the train station. Why not? It’s not as if there isn’t the development space. We’ve got half-empty open space car parks coming out of our ears.

It transpires that the City Council and the good people of the district have been waiting for over a decade now for the canal corridor development, but where is it? Besides which, it’s arguably too far from the train station for it to be a commercial hub that’s well connected to the rest of the country like Manchester and Preston.

Let’s put building commercial office space back at the heart of our plans for the future of the city centre. Let’s both encourage and support businesses and investors to build in the city, with long-term new jobs for the future. I’d be tempted!