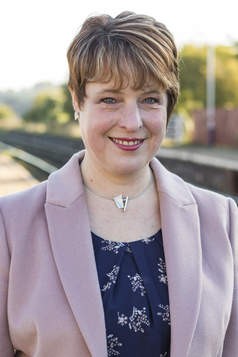 In German they call it “Lokalpatriotismus”. Literally translated that’s local patriotism. In other words, the term expresses how strongly we feel rooted in our own area and how passionately we want the best for the place where we live.

At the beginning of a New Year it’s important to start with what we have in front of our very own eyes. When I travel along the Morecambe road from where I live in Bare towards Lancaster, the whole district suddenly opens up ahead of me as I approach the magnificent junction with the Bay Gateway. Everything is visible: the Ashton Memorial, the castle, the priory, but also the links to the more modern world of motorways and ports. The completion of the bypass road has helped to open up impressive new perspectives on the whole bay area.

Lancaster & District Chamber of Commerce has been lobbying for such an important piece of infrastructure to bring the whole area together for decades now. And that’s precisely one of the meanings of ‘local patriotism’, namely to feel so well disposed to where one lives and works and enjoys one’s leisure time, that one wants to make one’s own contribution to it.

The Italians have their own vivid and literally concrete expression for this notion, too, and it’s based around the word meaning “bell tower”: “campanilismo”. The locality in that sense is that district where the sound of bells from the tower can be distinctly heard and gives everybody within the sight and sound of the tower a symbolic yet strong sense of who they are, where they belong and what values they share in common.

So let’s ring our district’s bells as good, local patriots with a deep belief in the future of our community.