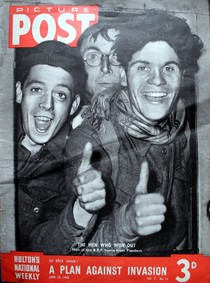 The story of local soldiers at Dunkirk will be told at a special talk organised to coincide with a film screening at The Dukes this August.

The latest big screen version of the famous World War Two evacuation – Dunkirk(12A) – is being shown at the Lancaster cinema from August 4-17.

On August 10 at 5.15pm, there will be a free talk by Peter Donnelly, Curator of the King’s Own Regiment Museum in Lancaster, before the film screening at 6.10pm.

Five infantry battalions of the King’s Own were part of the British Expeditionary Force(BEF), and an anti-tank artillery unit, so nearly 4000 soldiers of the Regiment were part of the defences in France and Belgium.

The German advance into the low countries was rapid and the BEF was quickly required to withdraw to the coast with a hope of evacuation back to Britain. Dunkirk was the only port and beach suitable for the hundreds of thousands of men who hoped to escape back to Britain.

While some King’s Own units were evacuated early on, others were required to defend the Dunkirk perimeter to ensure that the Germans were held to allow enough time for the BEF and French Army to escape.

Peter Donnelly’s talk will cover the King’s Own campaign in France and Belgium and will look at the stories of the soldiers, some of who made it home, some who were killed and others taken prisoner, where they remained for the rest of the war.

Tickets for the talk in The Dukes gallery are free but advance booking is recommended. Tickets for the film are priced £6.50/£5.50 concessions. For more information and to book, call The Dukes Box Office on 01524 598500 or visit www.dukes-lancaster.org