Entries invited for premier awards celebrating the Best of The Bay 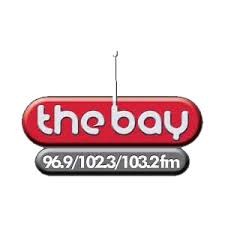 Online entries have today officially opened for the first ever ‘Bay Living Awards’ which are organised by The Bay Radio station, in conjunction with Bay Living Magazine, and with sponsorship from Electricity North West. More information can be found at www.baylivingawards.co.uk Entry is free and businesses can enter as many categories as they wish.

A total of 24 categories are open with the winners to be announced at an awards dinner and party at Lancaster University’s Great Hall on Thursday 7th September, hosted by The Bay’s Danny Matthews. Local businesses and organisations are also being invited to get behind the awards initiative as Associate or Category Sponsors.

Bill Johnston, Managing Director of The Bay, commented: “The Bay Living Awards will showcase the very best that businesses and their people have to offer the local community, our listeners and readers across The Bay area of North Lancashire and South Cumbria.

This is the first awards initiative of its type in The Bay region and the focus of the categories will ensure that the best local businesses, at the very heart of our community, will be recognised. The Bay Living Awards is all about the people, places and businesses that make this area so great.”

From Best Customer Service to Best Restaurant, from Best Hair Salon to Best Local Charity, The Bay Living Awards will recognise and celebrate the best of The Bay and are being backed by launch Associate Sponsor, Electricity North West, who are also sponsoring the ‘Innovation Award.’ Martin Deehan, Operations Director, of Electricity North West, commented: “As the region’s power network operator, our role goes beyond keeping the lights on across the North West. We are committed to serving the wonderful and passionate community of North Lancashire and South Cumbria in which many of our people work and live. We’re proud that it’s our network that connects communities and supports the success of local people and businesses which is why we’re delighted to be involved in the very first Bay Living Awards to help celebrate the best of The Bay.”

Other high profile sponsors have also seized the opportunity that The Bay Living Awards presents to for local community including Holdens Solicitors, Wilsons Fresh Produce, Lancaster & District Chamber of Commerce and Lancaster City Council. Susan Parsonage, Chief Executing of Lancaster City Council commented: “As a sponsor of the Bay Living Awards, Lancaster City Council is delighted to be part of an initiative which celebrates the accomplishments of businesses within the bay area. I am looking forward to hearing the stories that the nominees will be sharing about their own personal journeys along the road to success.”
The Bay Living Awards evening and party on 7th September will be hosted by The Bay’s Breakfast’s, Danny Matthews, whose weekday morning show has more listeners than all BBC and commercial local/national stations in the market place. The evening will also feature lots of surprises together with live entertainment from popular local party band, ‘Sold to The Sky.’ Danny Matthews from

The Bay commented: “The Bay Living Awards are a fantastic opportunity for so many different types of businesses, from grass roots upwards, to see their successes recognised. I am really looking forward to hosting it and to seeing everyone on 7th September.”

The Bay Living Awards offers a wide range of sponsorship opportunities and is the perfect way for local organisations to introduce themselves to some of the key players and stakeholders within the vibrant and varied business communities of Morecambe Bay. As well as significant exposure on air, online and in print, sponsors will have the chance to present an award in one of the categories, as well as entertaining colleagues and clients at the award ceremony. Anyone interested in finding our more can go to www.baylivingawards.co.uk or email bill.johnston@thebay.co.uk The online media pack can be viewed here.