How the RSPB started in Lancaster 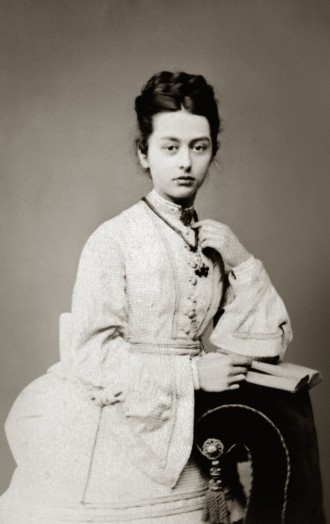 The Royal Society for the Protection of Birds is the largest conservation organisation in Europe, managing over 200 nature reserves and supporting projects around the world. The RSPB’s work may be national and global, but it has a very local connection. Its founder, Emily Williamson, was born here in Lancaster in 1855 and baptised in the Priory.

She started the society to protest against the cruel trade in the feathers used to decorate Victorian ladies’ hats. These plumes became so fashionable – and hats so ridiculously elaborate - that some bird species were brought close to extinction. From the founding of the society in 1889 it took over thirty years before this trade was finally outlawed. This year marks the centenary of that legislation, the Plumage Act of 1921.

To mark that anniversary there are plans to unveil a plaque to Emily later this year. In the meantime, RSPB Lancaster local group and other community organisations are working on a living memorial by creating Lancaster Swift City. Swifts arrive here in May after migrating thousands of miles from Africa. You can see these amazing birds hurtling along our summer streets in ‘screaming parties’, a phrase that brings to mind toddlers’ jelly-fuelled birthday celebrations. Well, swifts can be nearly that loud - and even more energetic. They are the fastest bird in level flight, hitting nearly 70mph. When they are not nesting, they spend all their time on the wing, eating and even sleeping in the air. Sometimes they don’t land for months, or even years!

They are remarkable birds, but they are in trouble. The population has fallen by over 50% in fifteen years. One of the main reasons is that their traditional nesting sites in the eaves of houses have been blocked off by new fascias and soffits. With nowhere to nest, their numbers are dropping alarmingly. This is a real shame as they make very good tenants. They are quiet, make little mess and often people don’t even know they are there.

The Lancaster Swift City project aims to help them by monitoring their population, protecting their existing nest sites and putting up nest boxes for them. We are currently recruiting surveyors to help count them. Training is provided and if you would like to help with this, or get involved in any other way, we’d love to hear from you. See Facebook.com/Lancaster.Swifts or contact us at Lancaster.Swifts@rspb.org.uk