Lancaster BID Light Up The City 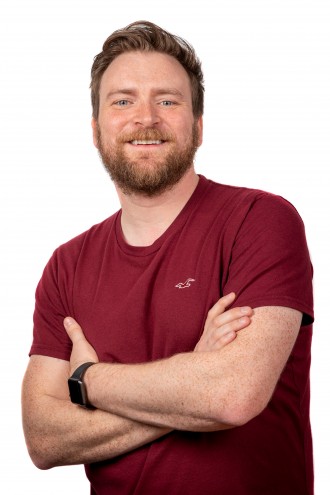 Lancaster BID switch on the Christmas lights, half way through their Winter In The City campaign.

Lancaster BID this year launched a ‘Winter In The City’ Campaign. This campaign included producing or supporting events every weekend in the city centre alongside a substantial marketing campaign. The campaign started at the beginning of November and runs right through until Christmas. Some of the highlights so far have included Light Up Lancaster, Chilli Fiesta, Winter Fest Markets and most recently the Lancaster BID Christmas Lights Switch On.

Lancaster BID Manager, Rachael Wilkinson said: “The idea of our Winter In The City campaign was to keep people coming back to Lancaster each weekend, to encourage them to shop locally in Lancaster and benefit the city centre businesses in the run up to Christmas. We co-ordinated a range of events which appeal to different demographics in the hope of maximising the impact of our campaign.”

The rain did not dampen spirits at the most recent event in the Winter In The City campaign, The Lancaster BID Christmas Lights Switch On, which took place on Sunday 26th November. The popular annual event, coordinated by Lancaster BID, saw thousands of people descend on the city centre, for a whole day of festive fun! The annual Christmas lights switch on event is one of the largest events that Lancaster BID coordinates and is increasingly popular each year.

Marketgate shopping centre took part in the action this year, with a giant Snow Lion and White Queen who visited shoppers in the centre.
The annual CancerCare Santa Dash returned for the day, as well as a Guinness World Record attempt Santa Salsa! Although CancerCare did not reach the Guinness World Record, the many participants that took part raised a huge amount of money, which will go towards helping local families. Rory and Florence Wood, brother and sister from Lancaster, who raised a total of £1,500 for CancerCare, also won the opportunity to turn the Christmas lights on with a little help from Father Christmas.

The highlight of the day’s event was The Bay stageshow. This year, The Bay stageshow featured popular acts including Lucy Spraggan, Henry Gallagher and The Hara. Scouting For Girls were the star attraction at The Lancaster BID Christmas Lights Switch On, with thousands of people braving the weather to watch their 45minute set!

Thousands of visitors and locals came along to enjoy this day of fun, bringing with them huge economic benefit to the businesses who operate in the city centre.

Susan Rutherford, Chair of the Lancaster BID Management Board said: "The Lancaster BID Christmas Lights Switch On provided for a fantastic atmosphere and magnificent crowd. It was a credit to all those who made it happen‎ and all those many people who came to support this key event of the year in Lancaster."

Managing Director of The Bay, Bill Johnston said: "What an incredible line up and event The Lancaster BID Christmas Lights Switch On was this year. The Bay is pleased to work in partnership with Lancaster BID in delivering this great free community event for both the local community and the thousands of visitors it attracts from all over The Bay's area of North Lancashire & South Cumbria. It's great once again to hear so many reports of local businesses benefiting from the extra footfall the event brings."

Anna Saczek, CancerCare Event Organiser said: “Despite the inclement weather, Market Square in Lancaster came alive with 130 dancing Santas before they took off on the annual Santa Dash around the town. It was magnificent to see so many people really getting into the festive spirit while supporting CancerCare. The atmosphere was fantastic and everyone’s enthusiasm was wonderful. I’d like to say a huge thank you to all involved from the participants and volunteers to the sponsors and supporters, Thank you.”

The Lancaster BID Christmas Lights Switch On acts as a catalyst for Christmas shopping in Lancaster and with that comes free parking too. Each Thursday evening Lancaster will be open for late night shopping, with the city animated with street entertainment, while shoppers enjoy festive shopping until 9pm. Lancaster City Council car parks will offer free parking on Thursday evenings from 6pm, as well as all day Sunday.

Upcoming Winter In The City events include Small Business Saturday on 2nd December, Christmas Reindeer on 10th December and Christmas at The Castle on 16th-17th December. Visit www.lancasterbid.org/Winter-In-The-City for more information.