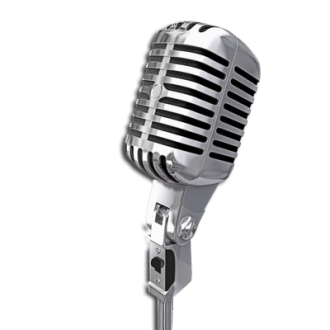 Sean Meo Sean has been a stand-up comic since 1989. Prior to that, he had been a full-time snooker player and was a quarter finalist in the English Amateur Championships of 1987.

Tez Ilyas Tez started performing comedy in 2010 – hitting the ground running he found himself in no less than eight competition finals, including the prestigious BBC New Comedy Award and Leicester Mercury New Comedian of the Year.

Mandy Knight Mandy is a true dame of British Stand-up Comedy and was the first female comedian to compare that bastion of old school stand up The Comedy Store.

Our MC for the evening is Pete Otway. Since his first gig in 2010 he has established himself quickly as a natural and original comic, known for mixing a razor sharp wit with an affable charm and creative writing.

The Geordie is back! One of the UK's most in-demand comedians on his biggest tour yet and coming to The Borough, Lancaster! From solid gags and witty audience interaction to well observed, anecdotal material, it's fair to say; 'An absolute must... the next big thing!' The Skinny

"The comedy catalyst to a great night out." ★★★★ Three Weeks

Paul Myrehaug (CAN) Paul began his comedy career in Alberta Canada and now is an internationally toured comedian with appearances on television, radio, festivals and world renowned comedy competitions.

Ria Lina For over a decade Ria has been entertaining both UK and international audience’s with her dry wit and the occasional song.

Danny Pensive As both a straight stand up and a character comedian, John has firmly established himself as one of the most original voices to come out of the North East in recent years.

Martin Mor Originally known as ‘Martin Big Pig‘, Martin Mor has been a mainstay of the circuit for decades.

A former circus acrobat, Martin turned to stand up after sustaining a serious injury in the ring.

Fin Taylor Fin Taylor is a stand-up comedian, actor and writer who began performing in 2009. Since then he has forged a reputation as a highly respected live act and MC, quickly being booked to warm up for TV shows like Never Mind The Buzzcocks.

Jonny Pelham Jonny began comedy at University and while he was there he achieved runner up in both the coveted So You Think You’re Funny competition and the Chortle Student Comedy Awards.

Simon Wozniak Simon is a Liverpool comic with an honest, inimitable, no holds barred opinions on the world.

MC Ray Bradshaw Hailing from Glasgow, Ray Bradshaw had quickly gained a reputation as one of the funniest and most dependable acts on the Scottish comedy scene, all while still in his early twenties.