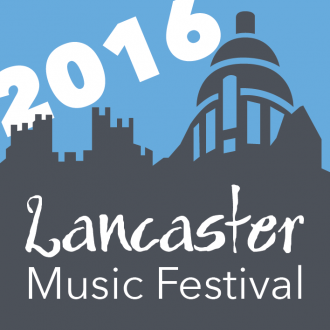 This year’s 8th annual Lancaster Music Festival is set to be the biggest to date, with over 40 venues confirmed to host almost 400 performances over the five-day festival, 13th to 17th October 2016. The festival main stage programme is now fully confirmed, with several headlining local bands in efforts to showcase the city’s talent to the thousands of visitors expected to merge upon Lancaster for the long weekend.

With less than ten weeks to go to the 2016 Lancaster Music Festival, the organising team are pleased to announce the headline acts for the main stage based in the prestigious surroundings of Lancaster Castle courtyard.

Friday night will see thrash folk band Dead Man’s Hand playing from 8-9.30pm. Hundreds of festival goers were up and dancing for their rip-roaring performance on Saturday afternoon last year and this year’s set promises to be even better.

Local Indie trio The Feud will be headlining the Saturday programme. Expect a full house for what is always one of the highlights of the festival. As Jamie Walker, vocalist and guitarists says “when we play a show, we want the audience to leave feeling like they’ve been to a club and a rock gig rolled into one.“

Sunday night sees a closing set from Lake Komo, originally from Lancaster but now signed to Columbia Records and based in Manchester. This will be one of eighteen gigs they will be playing as part of a nationwide tour during October to promote their debut album, (but the only one in their hometown).

Festival Coordinator. Ben Ruth says “Lancaster Music Festival is all about showcasing the musical talent Lancaster has to share locally, nationally and internationally and it’s great to be able to feature local bands as headliners every night at the castle.”

Entrance to the castle sessions costs £1 per visit but a limited number of passes offering unlimited entrance will be available at a cost of £5 from the festival website. Where else can you get value like that?

Of course the castle is only one part of a unique festival where the city comes alive with the sound of music. Running from Thursday 13th to Monday 17th October there will be free events held in all the regular pubs and music venues together with community events in all of Lancaster’s outdoor squares and lots of other unusual venues. For more details check out the festival website www.lancastermusicfestival.com and their Facebook and Twitter pages.

A brochure with full schedule and articles on featured bands will be on sale at all venues in early September.

“The best and most organised festival I’ve ever been to”

“Something for everyone…Lancaster truly rocked!”

“The city walls of the castle are still rocking”

"Promotes the wealth of talent locally and internationally. Can't wait till next year already!”

“As good as Benidorm but with better beer!”