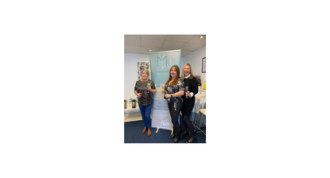 The company won awards in two categories - Will Writing Sole Practitioner of the Year and Will Writing Firm of the Year (North & Midlands) - beating competition from other Will writing firms from around the UK.

This was a fantastic achievement for the company which has only been in existence since 2018.

Nicola Combe, owner of Morecambe Bay Wills & Estates, said: "I am completely and utterly thrilled and I still can't believe it!

"We would have been more than happy had we been Highly Commended in one of the categories, so to win two is fantastic.

"This is a team effort and we have all put so much work into this.

"I believe we won because we care."

The win was announced at an awards ceremony at the Grand Hotel in Birmingham on Thursday October 21.

Nicola and her colleagues Andrea Bentham and Paula Johnson (who is also Nicola's sister) were unable to attend the awards ceremony in person so watched the announcements with delight on a live stream.

The event was hosted by TV broadcaster and journalist Jennie Bond.

The British Wills & Probate Awards highlight achievement and recognise success in the Wills and Probate sector.

The awards' official programme said Nicola and her team "put clients at the heart of everything they do".

Nicola set up Morecambe Bay Wills & Estates because she wanted to help others who are dealing with family tragedy, following the death of her husband Jim from cancer.

The company donates five per cent from every invoice for Wills and Lasting Powers of Attorney to the Lancaster-based CancerCare charity, as a thank you for the support they gave to Nicola and Jim. 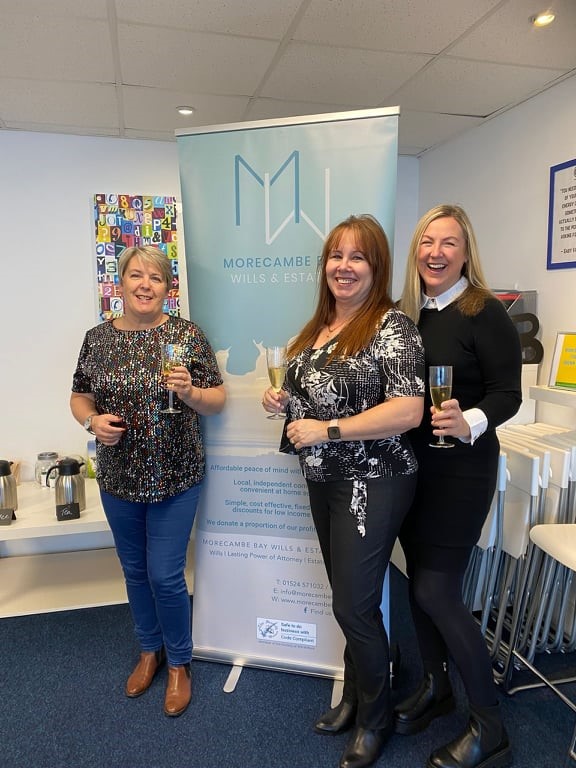