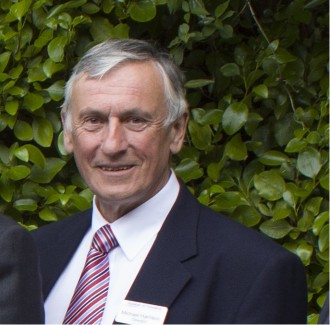 Once again last weeks Chamber Chat by Jon Powell prompted me to reflect on the changes in business communication I have experienced in my working life.

Having arrived in Lancaster in 1978 to take up a new job and then been made redundant 9 months later I was left with two options, seek employment with another Architect in town or start my own business. Having chosen the latter option well I can’t quite claim the rest is history but I suppose it actually is.

My former employer left me with a portfolio of three clients Lancaster City Council, North West Water neither of which I would work with again and The Caravan Club which my old Practice still undertake commissions for.

Back then without the knowledge of what a Business Plan was and few local contacts on reflection it was a recipe for disaster. Training as an Architect was heavily biased to design matters and the acquisition of office based skills to make yourself useful to your employer often meant a lower entry level salary.

Nowadays the terms entrepreneurs and SME would probably be applied to me and  my partner and the fledgling business we endeavoured to build.

I can’t claim I know the recipe that has lead to the longevity of the Practice. After the first year we employed our first member of staff and found ourselves working longer hours as we sought to maintain office standards. The next leap forward was the introduction of first generation computers, the conversion from drawing board to computer took approx. 3 months again it felt like we were treading water, but we did succeed over time and reached the dizzy heights of 20 employees in our most successful year.

Meanwhile making local contacts entailed attending social events often run by service clubs such as Rotary and Round Table, interacting with the local business community often through Chamber and keeping clients we did acquire well away from our competitors.

Fast forward to the brave new world of business Networking which coming from the dark ages I still struggle with when I am faced with over eager and sometimes mildly aggressive self promotion by a young professional armed with all the latest electronic accoutrements. Why are we not doing business?

Film: a tie between Alien and No Country for Old Men?