Once More Unto The Breach With Branagh 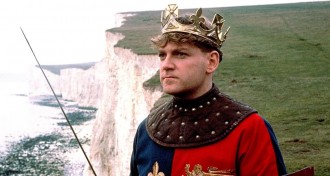 A Question and Answer session with Kenneth Branagh will be broadcast live at Lancaster's Dukes cinema prior to a screening of his version of Henry V.

Branagh's 1989 directorial debut, in which he also plays the iconic role of Henry V, has been described as the quintessential masterpiece of Shakespeare on film.

During the Question and Answer session which is broadcast live from Queen's Film Theatre, Belfast, on May 27 Branagh will discuss his life and work in the context of his Shakespeare films.

The satellite Q&A with Kenneth Branagh begins at 6.15pm and the film starts at 7.25pm.

For more information or to book, call The Dukes Box Office on 01524 598500 or online at www.dukes-lancaster.org.