Pledge To See The Troth 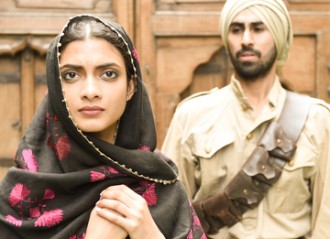 New silent film footage, evocative music and powerful dance combine at The Dukes in March to tell a story of wartime love, loss and sacrifice.

Marking the centenary of World War One, The Troth reveals the contribution and human cost of Indian soldiers to the allied war effort.

The show is based on the iconic Hindi short story – Usne Kaha Tha – about one soldier’s sacrifice to keep his secret promise to an unrequited love while fighting in the Belgian trenches.

Inspired by film noir and the era of black and white films, the story is told through dance, music and film and features Vidya Patel, a finalist in the 2015 BBC Young Dancer of the Year competition.

The Troth is directed and choreographed by the award-winning Gary Clarke, acclaimed for his narrative dance theatre work, most recently with COAL, based on the miners’ strike.

The Troth was premiered in India and comes to Lancaster on March 16 as part of a national tour to celebrate UK-India Year of Culture and Re-imagine India.

More than 1.3 million Indians contributed active service during World War One and were the largest voluntary force ever assembled. Their losses were staggering.

The Troth also marks the centenaries of Indian cinema and the first Hindi short story.

Mira Kaushik, Director of Akademi, who present The Troth, said: “Usne Kaha Tha is a classic of Hindi literature, loved by millions. Our production will be a powerful ‘living silent film’ and will reveal the vital contribution made by Indian soldiers to World War One.”