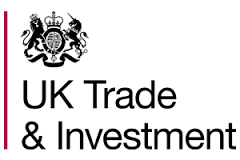 As a trusted local partner I am writing to update you on the position of UKTI in the wake of the results of the EU referendum. As you can imagine there is a lot of work being undertaken across Government to ensure that markets are stabilised, uncertainty is reduced and above all to emphasise that the UK is still open for business.

In order to ensure that you as a significant local stakeholder are aware of the Government’s approach we have drafted this letter to provide you with:

We intend to update you on a periodic basis on so if you don’t find what we are sending useful then please do come back to me.

Britain’s economy is one of the strongest major advanced economies in the world, and we are well placed to face the future. The UK remains a great trading nation.

We have low, stable inflation. The employment rate remains the highest it has ever been.

The budget deficit is down from 11% of national income, forecast to be below 3% this year.

The financial system is also substantially more resilient than it was six years ago, with capital requirements for the largest banks now 10 times higher than before the banking crisis.

As the Chancellor said on 27 June, the Treasury, the Bank of England and our other financial authorities have spent the last few months putting in place robust contingency plans.

As the Governor of the Bank of England said on 24 June, the Bank’s stress tests have shown that UK institutions have enough capital and liquidity reserves. And the Bank can make available £250 billion of additional funds if it needs to support banks and markets.

Britain is a truly great country, and it will always be capable of thriving and prospering on the world stage. We want the UK to be the easiest place in the world to trade with, from and to. This has not changed.

We will retain economic links with our European neighbours, with our close friends in North America and the Commonwealth, and important partners like China and India and others worldwide.

The UK remains a great place to do business and we have a strong history as a proud trading nation.

The UK is the highest ranked major economy in terms of ease of doing business, ranked higher than the USA.

Britain is still a great trading nation and our strategy is even more relevant now as we continue to deliver on our export and inward investment priorities for the government. We are strongly aligned to European markets as well as fast-growth markets outside of the EU and that won’t change.

The UK has a large, integrated transport system, which includes the second largest ports industry in Europe; the largest air transport system in Europe and the most improved rail network in the EU.

The UK actively welcomes entrepreneurs and has visas for those who wish to invest in the UK and their families.

We remain a member of the EU for the next two years, so trade agreements that are in place will remain in force for that time. There will be a lot of re-negotiation ahead but no further detail is known at this stage

There will be no immediate changes in the circumstances of British citizens living in the EU nor for European citizens here, nor in the way our people can travel, in the way our goods can move or the way our services can be sold.

What matters to companies?

According to the EY2016 Attractiveness Survey (published 24 May), the following are identified as being important (in ranked order):

How many of the UK’s Foreign Direct Investment (FDI) projects currently come from outside the EU?

Two out of three of our FDI projects come from outside the EU.

How many of the FDI projects UKTI is targeting are from non-EU countries?

Three out of four of the FDI projects we are targeting are from non-EU countries.

The Prime Minister has said that negotiations on the outcome of the referendum should begin under a new Prime Minister, who will also take the decision about when to trigger Article 50 and start the formal process of leaving the EU.

There is no precise timetable.

Once Article 50 is invoked, we will remain bound by EU law until the terms of our exit have been determined but we will not be involved in EU decision-making. The period between invocation of Article 50 and our eventual exit from the EU is expected to last around two years.

Across England, partners of UKTI have bid into the European Structural & Investment Fund for projects to support local companies exporting.  UKTI looks forward to these projects going ahead and to delivering more support to our exporters, tailored to local needs. Understandably some have expressed uncertainty over the future of these projects, in light of the Referendum decision. The message I would like to give is that we are still in the EU and the EU regulations governing these projects still apply. Applicants for and recipients of EU funds should follow all rules as normal.  In the coming weeks and months, we will be keeping you and local partners updated on any changes affecting the delivery of these projects.

We look forward to continuing to work closely with you in future.

Government wants to ensure you are given regular opportunity to share your views, whether strategic or on points of detail specific to your member’s business interests.   In particular, we are keen to hear what your priorities are for any negotiations on our trading relationship with the EU and the rest of the World.

Please also let me know of immediate concerns regarding imminent export deals under threat or concerns about existing or upcoming investment projects.