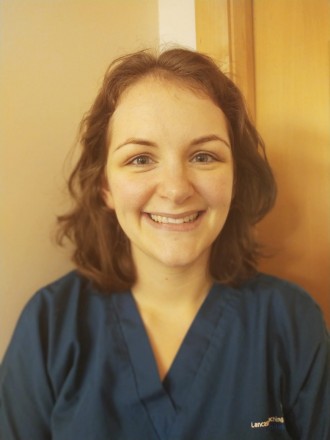 A three-year pilot project costing £283,521 that involves setting up a brand new service to help former cancer patients left with debilitating long-term side-effects following radical radiotherapy treatment to the pelvic area is to be funded by Rosemere Cancer Foundation.

The nurse-led service, which will be supported by gastroenterology, urology and gynaecology consultants, will work with patients diagnosed with Pelvic Radiation Disease (PRD).

Radiation therapy (radiotherapy) uses high-energy rays to destroy cancer cells. It is used as a curative treatment either alone or in tandem with other forms of treatments in a number of cancers. Among these cancers are cervical, womb and other gynaecological cancers, prostate cancer, bowel and bladder cancers, which all involve radiotherapy to the lower part of the tummy between the hips – the pelvic area.

Sometimes the healthy cells near to the cancer can become damaged and this can lead to a variety of side-effects – symptoms of PRD – as the body heals at the end of treatment.

In severe cases, they include incontinence ranging to other issues affecting the bowels such as diarrhoea, constipation, excessive wind, bloating, tummy cramps and bleeding from the bottom. Depending on the cancer treated, PRD symptoms can also include vaginal bleeding, blood in urine, painful intercourse, erectile dysfunction as well as aching around the pelvis and lower back and swelling in the legs.

Advanced specialist practitioner in the late effects of pelvic radiation Liz Walne, who is leading on the project, explained: “While radiotherapy is becoming increasingly effective as a treatment, for some patients, being cured of cancer can come at a sacrifice to their quality of life.

“For too long, both patients and clinicians have accepted the symptoms of PRD as a trade-off   As a result, symptoms are under reported, not properly assessed and mismanaged.”

Liz continued: “Through our pilot specialist service, our aim is to identify and treat PRD to resolve or improve symptoms and thereby improve quality of life. We want the project to provide a foundation on which to develop a business case for permanent funding for the service, including all relevant trusts, once a better understanding of it is achieved.”

Dan Hill, Rosemere Cancer Foundation’s chief officer, said: “We are proud to support such an important pilot project that is raising awareness of and seeking to treat PRD, a condition that causes much suffering but is often hidden by patients themselves, who are just grateful to be cancer-free.”

All radiotherapy treatment for the whole of Lancashire and South Cumbria is undertaken at Rosemere Cancer Centre, the region’s specialist cancer treatment centre at the Royal Preston Hospital.

Latest figures show that annually, approximately 550 prostate cancer patients receive radical pelvic radiotherapy along with 121 gynaecology patients, 127 bowel cancer patients and 44 bladder cancer patients. It is estimated that half of these 857 patients will develop post-treatment PRD to an extent that it affects their quality of life1.

The new service, which will also be based at the Royal Preston Hospital, aims to help not only them but patients suffering with PRD following treatment that may have been many years ago.

Rosemere Cancer Foundation works to bring world class cancer treatments and services to cancer patients from throughout Lancashire and South Cumbria being treated at the region’s specialist cancer treatment centre, Rosemere Cancer Centre at the Royal Preston Hospital, and at another eight local hospital cancer units across the two counties.

The charity funds cutting edge equipment, research, training and other cancer services and therapies that the NHS is unable to afford. For further information on its work, including how to make a donation, visit www.rosemere.org.uk