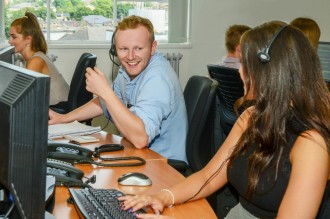 Lancaster-based serviced apartment agent Citybase Apartments, and its sister company SilverDoor has been shortlisted as a finalist in the 2017 E3 Business Awards, which will be held at the Macron Stadium in Bolton on Thursday 13th July 2017.

The company, which sources and books serviced apartments, providing business and leisure travellers with a smarter alternative to hotels, was selected from amongst hundreds of nominees to become one of the finalists in the prestigious Customer Service of the year category.

“As a specialist agent, our brand and service is built on boutique, not ‘big business’ values: Outstanding customer service, tailored recommendations and a friendly approach are the cornerstones of our business. We are immensely proud of all our people, without whom we would not be up for this award”

"We've had nominations from throughout the North West and we've seen real strength in all areas. One of the big surprises has been the number of entries from new businesses, digital, creative and media sectors, women in business and voluntary organisations.

It's always been a key purpose of the Awards to celebrate the achievement of all parts of the community - not just the mainstream – women, charities and social enterprises coming forward in such numbers is very gratifying indeed.”

"Given the number and the high standard of entries, we certainly gave the Nominations Panel a difficult job. They have risen to the challenge, though, and their final selections represent the very best of the whole North West region. For SilverDoor and Citybase to have been named as a finalist for 2017 is an achievement of which it should be very proud."