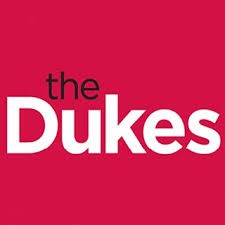 Lancaster’s Dukes theatre supported the city’s East Meets West group to take part in the centenary celebrations of women’s suffrage at the weekend.

The Dukes Associate Producer, Anna Nguyen joined a group of 32 local women from different cultural backgrounds in the Processions event to mark 100 years since women were first given the vote.

The Lancaster women, who took part in the Edinburgh parade, carried two banners which they had taken six months to produce at The Dukes who had received funding for the project.

Many of the 50 women who helped to make the banners were from the local refugee and asylum seeker community who meet regularly for events and to socialise.

Their banners were on the themes of female identity, independence and women’s rights.

For many of the women, the banner making project had been the first time they had engaged with The Dukes which is committed to developing stronger links with the Black, Asian and Minority Ethnic (BAME) community.

Processions also took place in London, Cardiff and Belfast and involved thousands of women and girls creating a living portrait of women in the 21st Century.