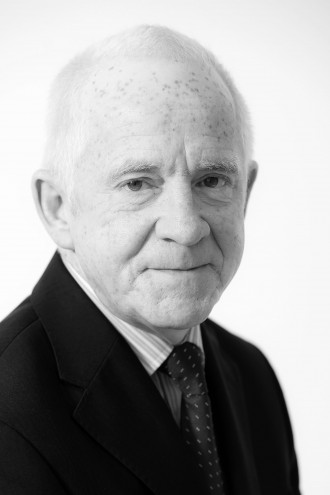 Tributes have been paid to a true champion of Lancaster who campaigned tirelessly to promote the city.

Born in Oldham, he began working in retail from the age of 14. He and his family moved to Lancaster 25 years ago and he became a leading light in the city's retail and business sectors.

His friend Paul Cusimano, former chairman of Lancaster BID, said: "Jerry gave his all for Lancaster and the wider district.

"He was intelligent, articulate, humorous and straight talking. Our gratitude goes to Jerry for his immense contribution to the local business community."

Jerry was also a director of Lancaster and District Chamber of Commerce for more than 16 years.

Vicky Lofthouse, chief executive officer of the Chamber, said Jerry was "an ambassador for the district".

"The memories we have of Jerry are extensive and joyous," she said.

"He was such a character, passionate and caring, a really loveable man, who will be massively missed."

Jerry also sat on the Bay Tourism committee for more than a decade.

Mark Prada, chairman of Bay Tourism, said: "Jerry was a real stalwart for Lancaster and Morecambe and dedicated his life to building the local economy. He would help anyone with a local business that needed inspiration and support and his knowledge of the retail world was legendary."

Jerry retired from St Nicholas Arcades in 2015 then went on to work at Botany Bay in Chorley.

He also volunteered his time to Skerton High School on a regular basis, helping with the Young Enterprise Scheme while encouraging and mentoring young people into the world of business.

He was a much-loved father to Jessica and Josh, grandfather, uncle, son-in-law and friend to many.

Jerry's daughter Jessica said: "My brother and I are just so grateful for everyone's thoughts, kind wishes and fond memories of my father that people have shared with us, particularly from the business community.

"He touched the lives of many people and always put others before himself. He was at his happiest when he was working and he really did love the City of Lancaster. Josh and I are proud to call him our Dad."