Welcome to The Borough 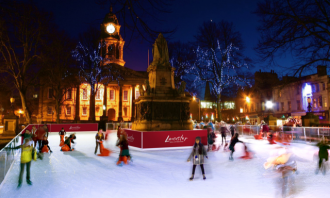 Situated on the edge of Dalton Square at the very heart of Lancaster’s historic, overlooking Queen Victoria herself is the Borough. A former Georgian Town House, the Borough is owned by husband and wife Martin and Hannah Horner and has been one of Lancaster’s best-loved pubs and restaurants for more than a decade.

The Borough combines fine-food, quality beer and luxury style accommodation to make it the perfect venue to eat, drink and stay. In a city populated and revered for its student focus the Horners always had a dream in mind to create a venue which distinguished itself through its quality, rather than pile it high and sell it cheap.

Gary Tennant and Darren Dixon are the two men at the centre of current operations. Gary is the General Manager, having worked for English Lakes hotels for almost 20 years. In the kitchen Darren Dixon is our head chef, having come through the ranks with the business over the last 10 years.

In recent years the name and reputation of the business have spread further afield than just Lancaster. The Borough has been awarded Taste Lancashire Accreditation for the quality of its food, and in 2017 our very own Borough Brewery won Supreme Champion at the Lancaster Beer Festival. The hotel is also highly rated as a TripAdvisor Centre of Excellence and an average 9.3 score out of 10 with Booking.com guests.

So, what’s next? Well, 2018 promises to be a huge year for The Borough, and having recently celebrated their 12th birthday, they’ll soon be selling their 1 millionth meal – keep an eye out for that. As well as that, there’s plenty more happening. The beer garden will be getting a radical overhaul soon, and they’re looking forward to sharing that with you. Fingers crossed, there may be something extra special coming at Christmas too. https://www.theboroughlancaster.co.uk/lancaster-ice-2018/